At the end of the year – time to remember. 2016 was rough. As well as Dad, I said goodbye to my old schoolfriend Moria Taylor (née Kinsey). Also dying was Betty Fox, a wonderful warm family friend (a childhood friend of my Mum’s), and with particular sadness, Adrian, from Exeter,  who took his own life.

Christmas Day for me is very special quiet time, and after sorting out the animals and taking in the morning I got the living room seriously cosy and settled down with Gwen and Herbert to listen to  The London Requiem by Benjamin Till.
I bought the CD back in October and quickly realised that this should be one of the Christmas Day main events. The London Requiem is a 2012 choral work about loss of loved ones, but more about honouring and remembrance, than raw grief. Alongside the usual ‘kyrie’s and ‘pie jesu’s there are english texts taken from London gravestones, and as well as the choir there is a range of solo performers from Tanita Tikaram to Arnold Wesker and Barbara Windsor. This isn’t meant to be a review of that album – I know I could never do it justice – suffice to say it is a wonderful creative concoction that defies easy categorisation.

There is so much to feel when someone you love dies, but when it is someone very close, as my Dad was, there is also so much to do. After the funeral and memorial,  there were endless trips to Brecon to deal with his belongings and his home – fortunately for me, a shared task. But I didn’t feel like I did any real grieving – apart from  writing my song The Last of Laura’s Children. It was all going on of course, and here at Christmas it was time to move on a bit. Listening to the words of others, sung and spoken by other people again, whilst reflecting on my own experience helped to put the whole thing into the larger pot of life – we come, we live, we die, we leave memories and stories.

What great ones there were! Memories of Dad, his stories and our time together flowed into memories of Mum and Dad, the Scilly Isles, and further back – of times with Betty Fox and her husband Arnold. My childhood in Wisbech … With both my parents now gone, somehow that part of my life feels more … complete.
And then to my day in the summer with Moira Taylor, who had travelled back from the States to say goodbye to her brothers and friends.

Moira had a rare form of cancer which she had tackled once and successfully kept at bay for a few years, but when it returned she very bravely decided enough was enough and that she would rather have quality of time over quantity. I had travelled to Wisbech expecting to have a couple of hours of her time, but was astonished to find her full of life and rearing to go, albeit with the aid of wheelchair and sticks. Although she was in pain she held back on the painkillers in order to keep a clear head and enjoy her reunions. Most of our talk concerned our somewhat troubled teenage years, which had forged such a strong bond between us, but we also touched on our very different current lives – she was now devoutly Christian, conservative and supportive of Trump, although she knew she would not live long enough to vote. It’s a funny old world. How else would someone like me have ever ended up at the Shrine of Our Lady in Walsingham? What I remember most is the laughter – we spent the day laughing! Moira died shortly afterwards on August 7th. I was so grateful she made the monumental effort of that last trip, and delighted that our love and laughter was so much stronger than our differences.

As for Adrian, I just felt sadness. He was not a close friend of mine, but of Barrie, and as such his sudden and unexpected suicide affected me as well. Memories of the Supremes, Diana Ross and Exeter – his connection with Barrie.

So … animals by the fire and on the sofa, a few joyful tears, and my own memories blending with powerful moving music; my own experience shared with Benjamin Till’s ragtag collection of tender words and amazing performers;  both strong and fragile voices singing of war heroes, memories, passion and above all love … a Christmas remembrance. 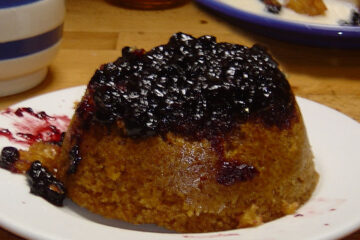